John Brandeberry was a typical nice guy who loved to start up a good conversation with other friendly people. In 1969 when he was a student at Eastern Michigan University, he ended up talking to two young ladies named Judi Wilcox and Nancy Paster. After talking a bit, they told John, “You like to talk and you’re a nice guy. Come to SOS with us.”

At first John was kind of caught off guard. But he ended up taking the offer from the two young ladies. He realizes now that this choice revealed to him his true calling in life.  After arriving at the SOS meeting, John joined other EMU student volunteers who were answering crisis calls at Snow Health Center. When EMU psychology professor John Vandenburg encouraged the students to move the organization off campus, John Brandeberry volunteered to be a leader in the new organization. 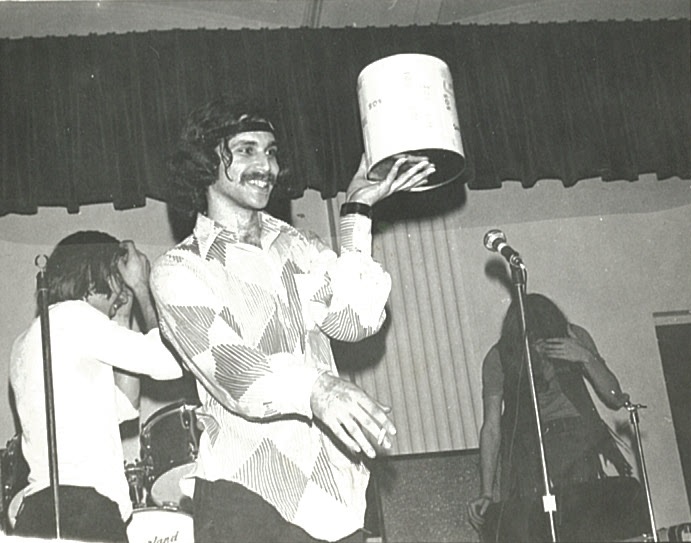 John during an SOS training during the 1970s

John became SOS’s director of personnel. Rick Moran was the executive director and Jeff Springfield was director of publicity. SOS moved into a house on Adams Street in Ypsilanti. Volunteers across Ypsilanti helped paint the new SOS building and got to be a part of history in the making!  Catholic Social Services provided John with some advice on managing SOS’s budget and gave SOS a car for the Flying Crisis team. This team used the car to go out into the community to help people who were suffering from drug related crises.

Once they moved off campus, SOS was open noon to midnight at first. After six months, they began offering services 24 hours a day. Many callers were college students but members of the community also called. People called with symptoms of depression, anxiety, and suicide. People called when they overdosed on psychedelics and downers. John remembers providing drug education and suicide prevention education in schools as part of his work at SOS.

John trained people to be counselors using the empathy model. He learned about the empathy model from a book at the Eastern Michigan University library. In the beginning, they had 200 people going through the training at one time. People completed 80 hours of training, which included a hands-on shift with a mentor.

John remembers responding to a call from someone who said her roommate had cut himself 500 times with a razor. When John arrived and walked upstairs to the apartment, the police were just leaving. They had decided to leave the man for dead. As John passed the officer heading down the stairs, he recognized the fellow! This officer had beat John severely and threw him into the back of a squad car six months earlier. John felt justified – knowing that he would be the one to make an effort to save this man’s life when the police officer would not.

When John met the man, he learned the man believed his television was talking to him and taking pictures of him. John and the roommate got the man’s mom on the phone. The three of him convinced him to seek medical attention.

Two years later, John saw the guy on a ski slope. The guy came running up to John and gave him a bear hug. He said, “I know who you are! You are John Brandeberry! You saved my life, man. Thank you!” Since that very day and moment, John understood his purpose in life. He wanted to help people in need, whether they were dealing with hard times physically or mentalyl. 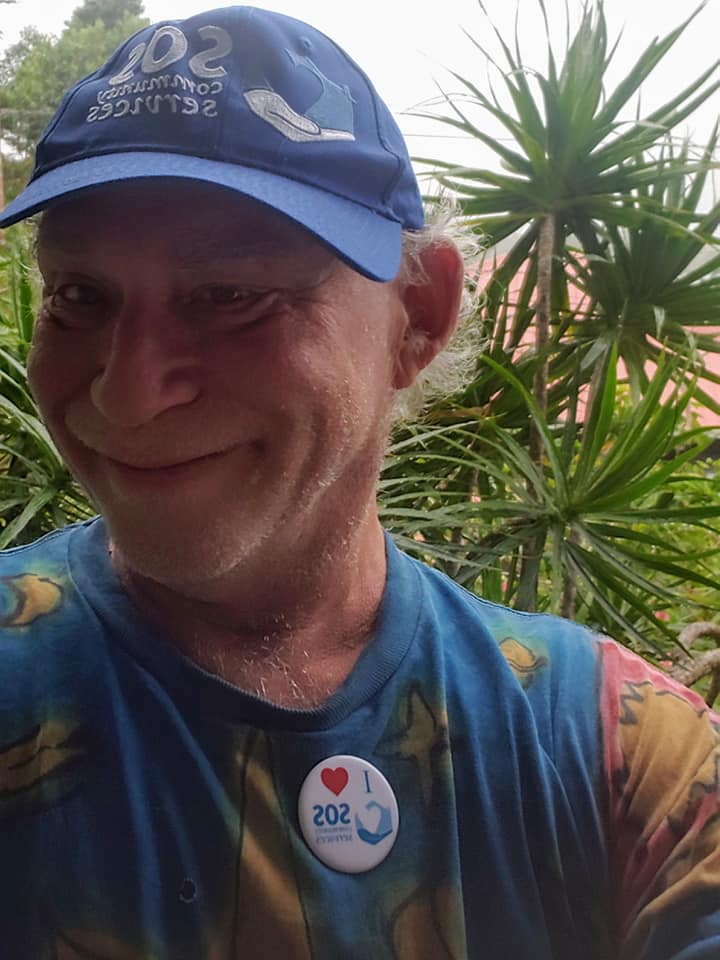 John today. He spends him time between Hawaii and Portland, Oregon.

Now John is retired and spends his time in Portland and Hawaii. He enjoys golfing and pickleball. We are looking forward to meeting John and hearing some more of his stories at SOS’s 50th anniversary event on April 18th!